Ujung Water Palace is a former palace and is also known as Ujung Park, located in Ujung village, south of Karangasem regency. It’s about 20 minutes from Candidasa. Ujung Park is right on the beach side with beautiful temple garden. This is the right place to visit during your holiday in Bali.
>>> FEW HANGOUT SPOT FOR NIGHTLIFE IN CANDIDASA 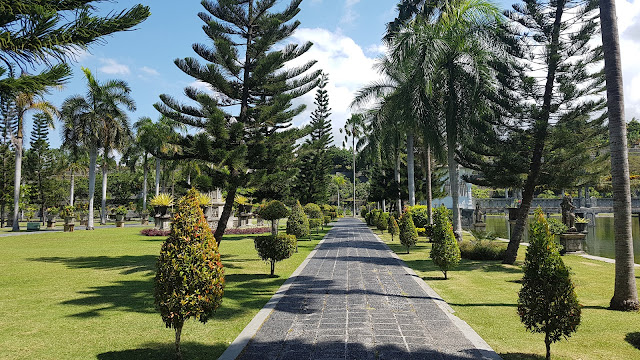 Ujung Park is a beautiful park with a large fish pond surrounded by old Karangasem Empire relics used by King of Karangasem for relaxation or meeting place in their day. This park is one of the existing Bali Heritage Sites and is designated as a tourist destination in the eastern part of Bali Island. During his reigned, I Gusti Bagus Jelantik who led the Kingdom of Karangasem in 1909, the pool area was expanded and developed by several large pools. And also, he built the luxury main building named Gili Bale with European style (modern style) in the middle of the pool. Bale is named Sukasada Park or Ujung park, strategically located on the beach side, the southern part of the city of Karangasem and established many springs around the area. Meanwhile, the famous king of Karangasem, I Gusti Bagus Jelantik, had the tittle called Anak Agung Anglurah Ketut Karangasem. He is a king, and also an architect. He has created many buildings not even in the form of a garden but he also does some buildings with a mixed design between Balinese architecture and European style.
>>> WHERE TO EAT IN CANDIDASA 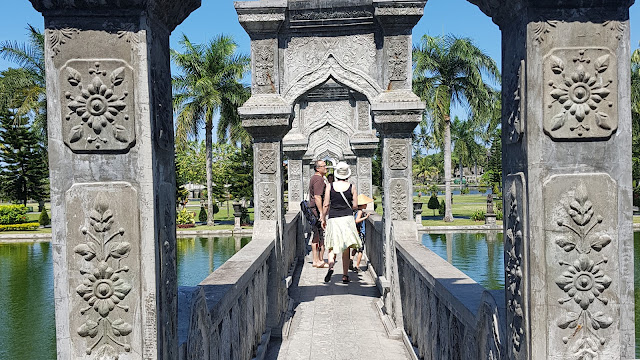 >>> SEA-SIDE RESTAURANT IN CANDIDASA
Ujung Park was destroyed almost entirely by the eruption of Mount Agung in 1963 and earthquake in 1975. And now Ujung Park is almost finished renovated and has been opened for tourist destination. We can say that Ujung Water Palace or Ujung Park in Karangasem as the mascot of tourist destination in the eastern part of Bali. That's because this park has been recognized to foreign countries 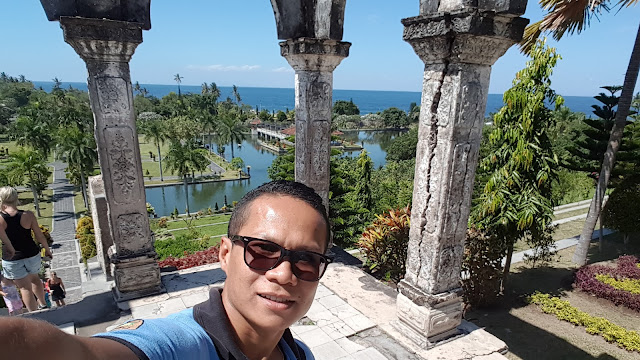